These weeks I have been doing a rocket project. I learn all about a flight like the four forces of air.  At the start, it was boring but torse the end it was getting more fun because I got to make the rocket.

if you want to see me answer more questions. and talk more about my rocket click the video

In class I had to do a family project. I did a video of me asking my Zaida and dad question’s about our family. I asked them questions like were was are family originally from and how we ended up here. I also had to learn about my name. I had to practice my interviewing skills. I didn’t learn anything because he always talks about this stuff. I could improve editing I didn’t edit and i think if I could do this project again I would edit it a lot.

So for this week me and my class started making a project about a book. The book is called Egghead. We got to do it on different things. Like we could do it on Pixton or make a iMovie. I did mine on Pixton because i like to make comics or cartoons.

If I did this project again I would make a iMovie. I was going to make an iMovie but it was a bit hard. Looking back, I think I could do it.

Here is what I did 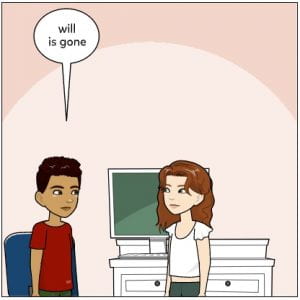